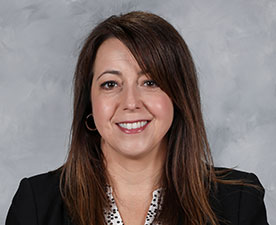 Steinunn attended the University of Alberta, earning a degree in Recreation Administration and has supplemented her education with training in venue management, leadership and with the Disney Institute. Outside of work, when not spending time with her husband Andrew, Steinunn enjoys the outdoors, backcountry camping, hiking, and snowshoeing.