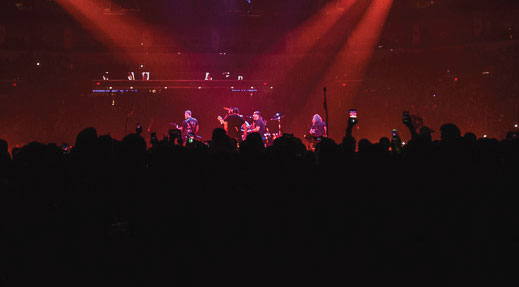 Bell MTS Place welcomed more than 17,000 Metallica fans to last night’s sold-out concert, setting a new attendance record for an event at the venue. The band broke their own record, and Bell MTS Place’s previously highest attendance number, which was set in 2009, with 16,130 people in attendance.

In 2017, attendance topped at 155,582 helping the venue rank 74th in North America and 8th in Canada for concert attendance according to Pollstar Magazine.

Last night’s Metallica show, promoted by Live Nation, was set up in the round, with the floor open for general admission standing room with no seats.