Jets and Moose to celebrate Black History Month throughout February 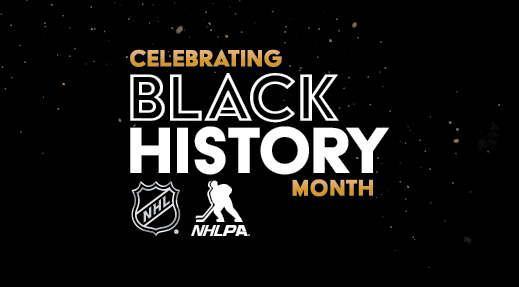 Throughout the month of February, the Winnipeg Jets, in conjunction with the NHL, will be celebrating Black History Month. The team will do so alongside the Manitoba Moose as part of the NHL’s larger Hockey is for Everyone initiative, which aims to celebrate diversity in hockey, drive positive social change and foster more inclusive communities.

The campaign will be centered around sharing content and stories of Black community members, including Winnipeg Jets Hockey Academy (WJHA) students who are leaders on and off the ice. Winnipeg Jets alumnus Ray Neufeld will share his experiences of being a Black player in the 80s and Manitoba Moose forward C. J. Suess will speak to the importance of youth having Black role models in the game. Visit WinnipegJets.com or the Jets’ social media pages on Instagram, Twitter, and Facebook to read and watch these stories throughout the month.

Along with sharing stories from Winnipeg and in our own community, the Winnipeg Jets will share impactful stories from across the league with a focus on historical achievements of Black players, the impact made by Black women in hockey, significant moments in hockey involving Black players, and the next generation of Black hockey players that are impacting the game.

During the month of February, Jets players will join all other NHL teams in donning Willie O’Ree/Equality helmet decals in honour of Black History Month and the NHL’s first Black player. Willie O’Ree became the first Black player to play in the NHL in January 1958 with the Boston Bruins – a significant event that has paved the way for players of many diverse backgrounds to follow in his footsteps.