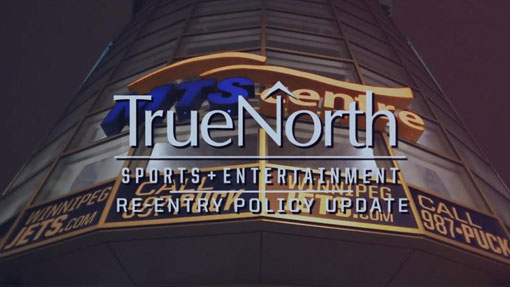 True North Sports + Entertainment has announced that it is updating its re-entry policy to a no re-entry policy at the MTS Centre during events and hockey games. Starting Sept. 1, 2017, patrons attending any event at the MTS Centre will no longer be allowed to re-enter the arena after exiting. Re-entry exceptions, such as emergencies, childcare or medical reasons, will be determined on a case-by-case basis by event staff and security.

The policy update is part of the 2017 Concourse Renovations Project currently underway at the MTS Centre. “The MTS Centre is one of the last arenas in the NHL to introduce a no re-entry policy,” says Kevin Donnelly, senior vice president of venues and entertainment. “The no re-entry policy will allow us to have greater control of the air temperature year-round as it will eliminate frequent entering and re-entering the building, which currently lets in extremely cold air in the winter months and hot humid air in the summer months. This policy will provide greater air quality and comfort for everyone, and allows us to use less energy in the process.”

The no re-entry policy also provides greater security, eliminating the frequent re-entries to the MTS Centre, plus decreases heavy pedestrian flow from people crossing the streets around the building during games and events. To learn more about the no re-entry policy, please watch the Q&A video with Kevin Donnelly below.

Based on ticket re-entry data collected by True North, the new no re-entry policy will have an impact on approximately 10% of the audience or 1500 patrons who attend Winnipeg Jets home games. Leading to Sept. 1, True North will also have a transition period over the spring and summer to educate patrons about the no-entry policy. True North currently has a no re-entry policy in place at the Burton Cummings Theatre, which has been active for the past 18 months.