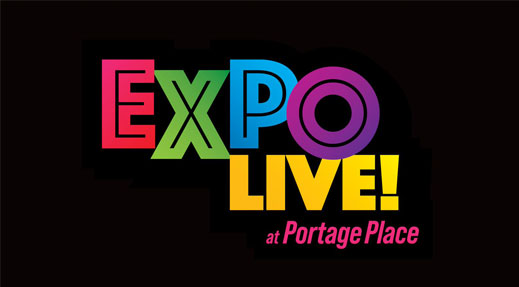 Unzipped, an international exhibition devoted to world-famous rock band, The Rolling Stones, will make only its second Canadian stop in Winnipeg at Expo Live! at Portage Place. The display will be the first of many hosted at True North Sports + Entertainment’s new exhibition venue, located in the former Staples location in Portage Place. Unzipped opens an seven-week limited run June 11 to July 31.

Unzipped, delivered by DHL, is an interactive, multimedia celebration that takes audiences behind the scenes of life in and amongst The Rolling Stones. An immersive reconstruction of their Chelsea flat, “Edith Grove”, provides a glimpse into where it all began while the replica recording studio is a backstage pass to the Stones’ creative process. Rolling Stones aficionados, rock and rollers, music lovers and pop culture enthusiasts alike will be wowed by the more than 300 original artifacts from the Stones’ personal collection, including instruments and stage designs, personal diaries, iconic costumes, posters, album covers and artwork. Original works across all creative genres from artists like Andy Warhol, Alexander McQueen, Prada, Dior, and Martin Scorsese showcase the Stones’ collaborations in music, art and design, fashion, and film. Rare audio fragments and video footage add to the multimedia experience along the ride to a sensational multi-dimensional finale that takes you back to an iconic Stones moment through immersive Dolby Atmos sound and video.

“It’s infinitely cool to go backstage at a Rolling Stones show and go in the dressing room, and this is as close as you will get to having that experience without actually being invited to Mick and Keith’s private enclave backstage,” said Kevin Donnelly, Sr. Vice President of Venues & Entertainment with True North. “The hallmark of this show is that everything is authentic – from the posters, contracts, song lists and napkin sketches. These are not photocopies or re-creations; everything is from The Rolling Stones’ personal collections and archives.”

Unzipped will be just the first exhibit featured at Expo Live! at Portage Place. The versatile 20,000-square-foot venue will play host to some of the world’s hottest immersive, educational, cultural, historical and interactive touring exhibits.

“We are believers in our downtown and we are excited to have worked with the Downtown Winnipeg BIZ and Portage Place to create a new attraction that will bring more people and energy to our downtown,” said Donnelly.

“One of the keys to downtown recovery post-pandemic is attracting people here again with fun and vibrant events like Unzipped,” said Kate Fenske, CEO of Downtown Winnipeg BIZ. “Thank you to True North for leading the way in bringing this exciting event to downtown Winnipeg and for activating a vacant space in such a creative way.”

Expo Live! at Portage Place marks True North’s re-emergence into the exhibition space, having operated MTS Centre Exhibition Hall (where the ALT Hotel/Stantec Building now reside) in 2010 and 2011, which hosted such exhibits as The Titanic and DaVinci. While the venture was successful, bringing more than 250,000 people downtown during its operation, the space was always temporary. The success of a growing exhibition circuit and opportunity to further contribute to Winnipeg’s downtown recovery made it the right time for True North to re-enter the exhibition market.

“As a unique form of immersive entertainment, the exhibition landscape is gaining momentum across North America and the world,” said Donnelly. “There are a variety of experiences and exhibit genres that will be a hit with Winnipeg audiences and which we look forward to bringing to Expo Live! at Portage Place.”

Work to outfit Expo Live! for the Unzipped exhibit continues. The show will come from Kitchener, Ont., where it made its Canadian premiere, arriving in nine semi-trucks over several weeks beginning the first week of May. Exhibit assembly will take place over four weeks in preparation for the June 11 opening.

Unzipped will run Tuesday through Sunday with extended weekend hours and also features the Voodoo Lounge, a licensed area to enjoy light snacks and beverages before or after the tour.