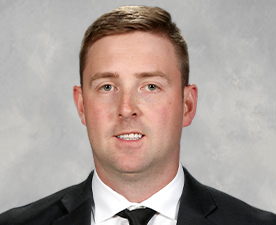 David Sattler joined True North Sports + Entertainment in 2019 as the General Manager, Bell MTS Iceplex. Before joining True North, Sattler began his career with the Portage Regional Recreation Authority in 2011 and moved into the role of General Manager in 2013.

Sattler graduated from Laurentian University with a Bachelor of Commerce Degree and has a CPA, CGA designation. Sattler served with Recreation Connections Manitoba from 2015-19 – for three years as treasurer and one year as director at large. Outside of work, when not spending time with his wife Jennifer, he enjoys playing hockey, soccer and baseball.